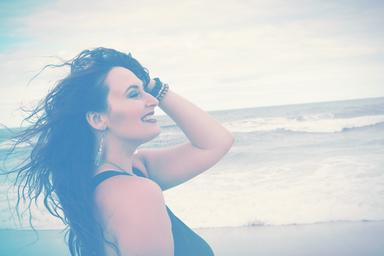 Cierra graduated from Wilkes University with a Bachelor of Arts degree in Musical Theatre in 2013. She is a former lead vocalist and choreographer of two years of the Trans-Siberian Orchestra inspired musical group "Twelve Twenty-Four." Cierra has also performed in many theatrical productions over the years such as Fiddler on the Roof, Little Women: The Musical, Godspell, The Who's Tommy, RENT, and Jesus Christ Superstar. Cierra officially joined Flaxy Morgan in the winter of 2015.

In her "free time," Cierra is a full-time pharmacy technician in Clarks Summit, PA. She is also the owner of CityTrenz Boutique in Pittston, PA which features women's and girls' clothing, jewelry, wigs, and accessories and is the owner of My Very Own Princess Parties which specializes in princess appearances.